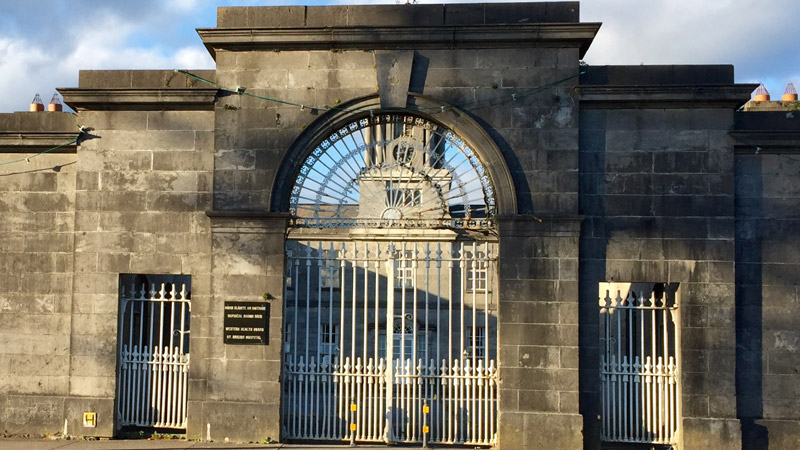 Campus has capacity to provide 8,000 sq m of serviced offices

Local TD Denis Naughten has called on the IDA to redouble its efforts to promote Ballinasloe to foreign investors in light of the fact that there is now 8,000sq m of potential serviced offices on the St. Brigid’s campus.
“The old admissions building and nurses home would be ideally suited to being redeveloped as office accommodation for an international investor who requires office space with high speed broadband access,” stated Denis Naughten.

“The site of the hospital has the State-owned Metropolitan Area Network broadband cable running at the front of the building and the Irish Rail and Bord Gais networks to the north of the site. All three of these networks are now being managed by ENET which will allow a new enterprise to tap in without large up front charges.

“With the availability of natural gas and the upgrade of the water supplies in both Co. Roscommon and Galway and with the massive spare capacity in the new sewerage treatment plant in Creagh, the town of Ballinasloe is in an ideal position to capitalise on some of the infrastructure problems on the East Coast.”

Outlining further appeal the town holds, Denis Naughten said: “Recently PayPal, which employs some 2,400 people in Dublin and Dundalk, asked staff to make spare rooms available because of the dire shortage of homes and apartments to rent. This would not be a problem in Ballinasloe and surrounding towns and villages.

“There have also been a number of reports of IT and software businesses based in Dublin that have stalled their expansion plans because of the lack of office space. With the availability of the St. Brigid’s campus, this now provides Ballinasloe with a competitive advantage.

“With the infrastructure in place and with a population of approximately 80,000 people within a 30 minute drive of Ballinasloe, I now believe that the IDA has the material to make a major play for new investment in the town,” concluded Denis Naughten.