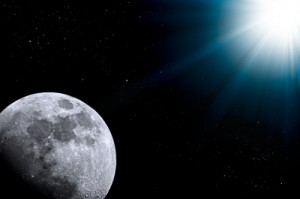 Image courtesy of domdeen at FreeDigitalPhotos.net

The lack of good broadband access has been to the fore on during the election campaign to date, states Independent candidate Denis Naughten.

“Over the campaign so far I’ve been inundated with complaints from rural businesses, start-ups and families who still cannot get decent speed broadband,” explained Denis Naughten.

“The lack of decent broadband is putting these businesses at a competitive disadvantage and undermining many jobs in rural Ireland. There is something fundamentally wrong if engineers can make it possible to receive around 20Mbps on the moon but yet we cannot get it in many parts of the Roscommon Galway constituency.

“At present those living outside the main urban centres and towns, which is about a third of the population, will have to wait for Government intervention until they get adequate broadband speeds of about 30mb/s and it will be 2021 before this will be fully in place and even then it will still not meet the needs of some businesses.”

Denis Naughten added: “Today broadband is as important as rural electrification was over half a century ago. It is more important to rural areas than urban areas because it can address some of the problems of access to services and rural isolation.

“For this to happen we need to lay far more fibre to masts which can then provide wireless broadband to every home in the country but we already have a significant amount of State owner fibre which is not being used, namely Irish Rail, metropolitan area networks, Bord Gais and the ESB.

“While the ESB/Vodafone joint venture is a welcome development, I believe that the new company Siro should be given access to all state owned fibre networks on the condition that it fast tracks fibre to masts along the existing networks and the new one that it rolls out

“Secondly, we need to maximise the availability of 4G coverage. This can be done by deflecting the existing coverage to homes not able to avail of it. One local entrepreneur has developed such technology and he needs to be supported by the enterprise agencies here to get this technology to market in the coming months.

“By utilising the existing State owned fibre networks we should be able to dramatically increase capacity and deal with the slowness or contention that those who have broadband experience on a regular basis. It would also allow for problems in some towns where particular estates cannot get decent broadband. This sadly is not just a rural issue.

“For some businesses these faster rural broadband speeds of 30mb/s will be inadequate. To get around this problem I’ve been working with Athlone Chamber and Roscommon Leader among others to establish a pilot high speed broadband Micro enterprise hub in Monksland.  It is hoped that if this is successful it could be rolled out to other local towns. In fact our feasibility study recommended a similar centre in Roscommon Town.

“At present we have an application with Enterprise Ireland for this centre which would provide, among other things, high speed broadband for rural businesses in a centre in Monksland. Local businesses would then be able to utilise this service as and when they need it.

“Technology is changing and the opportunities which broadband can provide are enormous particularly for those outside the major urban centres in Ireland. Therefore not only are there major potential benefits for individuals and their families but having broadband in every house in Ireland would attract major multinational companies. This will bring even greater potential benefits for users and also act as a significant creator of new jobs.”