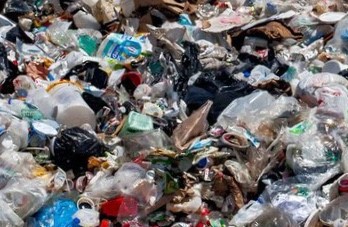 I’m very pleased to see that my initiative on banning single use plastics has been progressed by Government today.

Plastic is destroying our waters, our oceans, our climate and ultimately our health.

This ban by Government is a significant step forward in banning single use plastics, outright.

Government is now banning single use plastics in all public buildings, including schools.

From today no department will purchase single-use plastic cups, cutlery and straws for use within their offices. From April this will apply to all public bodies including state agencies and schools who will not purchase single-use plastic beverage cups, cutlery and drinking straws except where specific public health/hygiene or safety issues arise.

With the Government spending €12 billion on goods and services each year, it is now hoped that this move will stimulate the market, bring about cheaper alternatives, thereby allowing the ban on single use plastics to progress through to the private sector.

As a Member of the European Council of Ministers, I took a leadership role in the area of plastics and had been pushing my European colleagues for a far more aggressive approach to pushing out single-use plastics before 2030.

There is no reason why we have to wait until 2030 to ban these plastics across the EU and we must regulate the end of single-use plastics far quicker.

In January of 2018, the European Commission adopted the first-ever Europe-wide strategy on plastics. The strategy envisages that all plastic packaging on the EU market will be recyclable by 2030, the consumption of single-use plastics will be reduced and the intentional use of micro plastics will be restricted. This strategy will transform the way products are designed, produced, used, and recycled in the EU. One of the first key legislative proposals to emerge on foot of the EU Plastics Strategy is the “Proposal for a Directive of the European Parliament and of the Council on the reduction of the impact of certain plastic products on the environment”, which was published on 28 May 2018. This draft legislation proposes new EU-wide rules to target the 10 most prevalent single-use plastic (SUP) products found on Europe’s beaches and seas. As Minister, Denis Naughten on behalf of Ireland has supported the ambition of this proposal throughout all the negotiations.
More information can be found at
·         http://ec.europa.eu/environment/circular-economy/pdf/plastics-strategy.pdf
·         http://ec.europa.eu/environment/circular-economy/pdf/single-use_plastics_proposal.pdf