Denis Naughten has urged the public to consider using the local injury unit at Roscommon- where they can be treated within an hour – rather than waiting in overcrowded A&E departments, like Portiuncula & Castlebar.

“Patients should also ask GPs if they can have tests or x-rays in Roscommon Hospital rather than spending hours in an emergency department waiting to see a doctor before accessing x-rays or scans,” said Denis Naughten.

Denis Naughten pointed out: “We need to better utilise Roscommon’s injury units, which can provide for quick diagnosis and discharge back into the community and ensure that people do not have long stays for tests, as is the case in emergency departments”.

“Roscommon’s injury unit is just 30 minutes from Athlone, 40 minutes from Ballinasloe and 50 minutes from Claremorris, and it would be far quicker for people to travel from these towns to Roscommon Hospital than wait to be seen in Portiuncula or Castlebar, as they could be waiting 5/6 hours to be seen”.

“We need to give staff in Portiuncula & Castlebar who are working under serious pressure a break, and the best way to do that is to use units like Roscommon where it is suitable to do so”.

“Following a proposal I made in November, Minister Simon Harris reduced the fee for access to an injury unit last week by €25 to €75 where someone has not been referred by their GP,” explained Denis Naughten.

“Currently, people go directly to accident and emergency departments rather than to injury units and I hope this measure will encourage people within the catchment area of Roscommon’s injury unit to go there in preference to overcrowded A&Es, like Portiuncula where it is suitable to do so.

“Many injury units in hospitals like Roscommon have access to state-of-the-art diagnostics, in many cases the tests are read by the same consultants in the busier hospitals but significantly these units have much shorter waiting times than emergency departments.

“Up to now patients paid the same fee for presenting to an emergency department as they did to an injury unit in hospitals like Roscommon, which was wrong if we are serious about encouraging patients to avoid overcrowding in A&Es.

“I made this proposal as a measure to help ease the pressure on staff in some of the most overcrowded emergency departments in the country and I welcome this move by Minister Harris,” concluded Denis Naughten.

Second, we need to utilise vacant nursing home beds available throughout the country to assist with the discharge of patients from hospital.

Third, we have to lift the embargo on critical appointments. I flagged in the Chamber last week the issue of vacant posts for public health nurses in Ballinasloe and it is welcome that we have made progress and two of the posts will be filled. Nevertheless, two community nursing posts that could assist in the discharge of patients from Portiuncula hospital remain vacant, and it makes more sense to make that investment now. 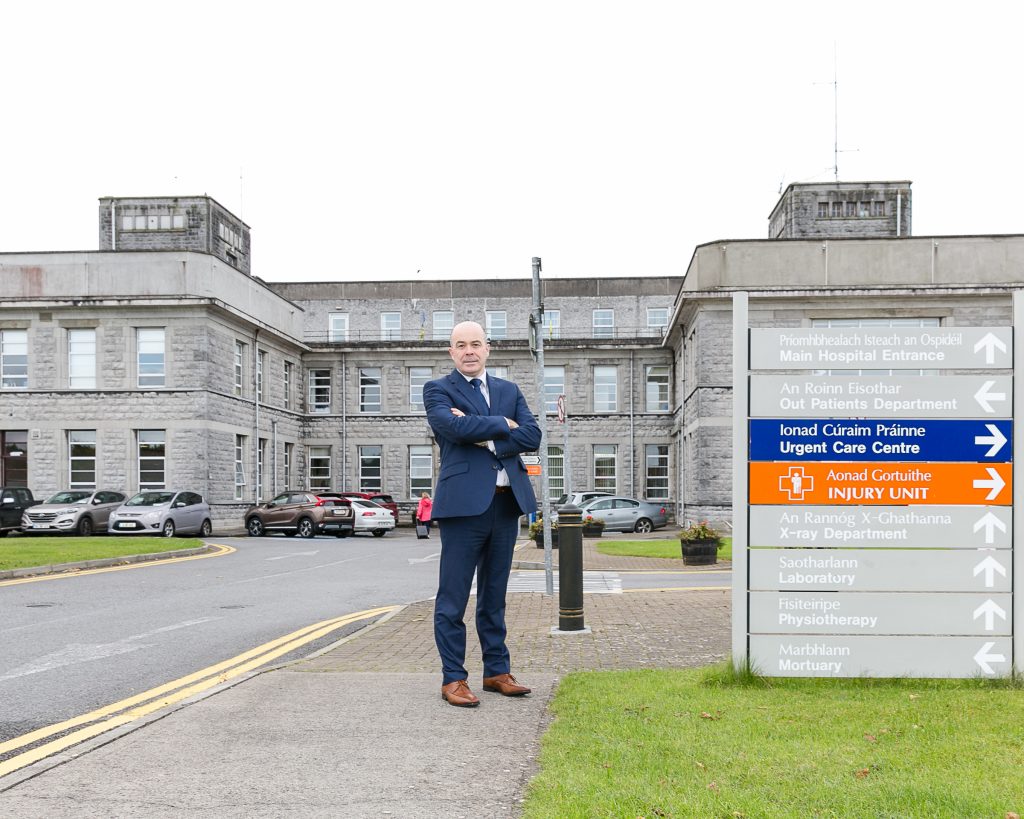