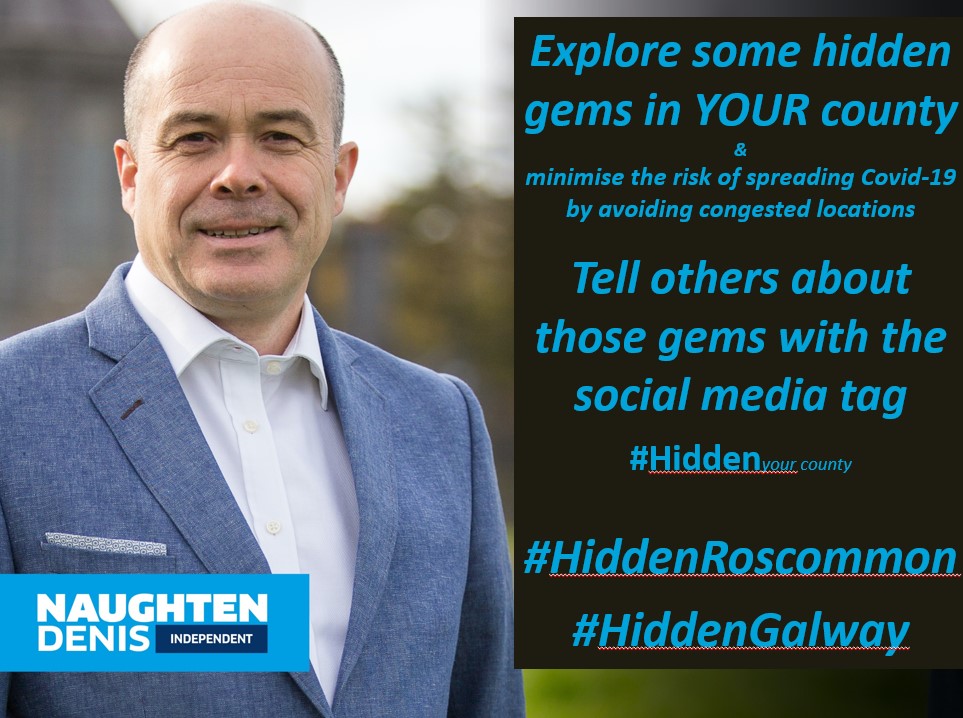 Now that the Country has opened up on a County basis I would encourage people to ‘think outside the box’ a bit and not congregate around the most popular destinations and instead explore some of the hidden gems in their county. I would actively encourage communities to promote their local amenities by using the hashtag #Hidden followed by their county such as #HiddenRoscommon or #HiddenGalway.

Should people congregate around the most popular attractions we risk a second wave of infection which in this instance could be concentrated in counties.

The implementation of this geographic travel measure that allows people travel within their own county will allow the public to benefit from local amenities and explore their own local county; so let’s do just that!