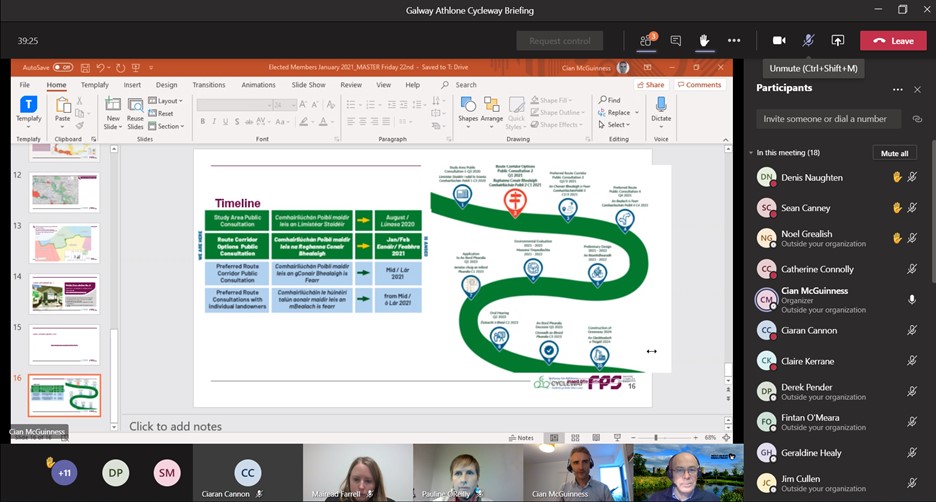 Denis Naughten addressing the online briefing from the Ballinasloe based design team planning the new Athlone to Galway Greenway.

Local TD Denis Naughten has welcomed the publication of the five route corridors for the new Greenway from Athlone to Galway city, through counties Roscommon and Galway.

“Addressing the design team last Friday, I pointed out that it is positive to see the proposed alternative routes start off by looking at the available State-owned land and that a commitment has been given not to severe fields,” explained Denis Naughten.

“These were points that I put to Government at the very first stage of this process which, if considered at the time, would have seen this route now completed.

“After the original plan was abandoned, I worked with former Minister Shane Ross to ensure that a more balanced approach was taken to the development of Greenways, by first looking to the State-owned lands.

“The final route selection is now down to the local communities and I would strongly encourage communities along the different route choices to view the detail maps and make their views known at www.galwaytoathlonecycleway.com,” concluded Denis Naughten.