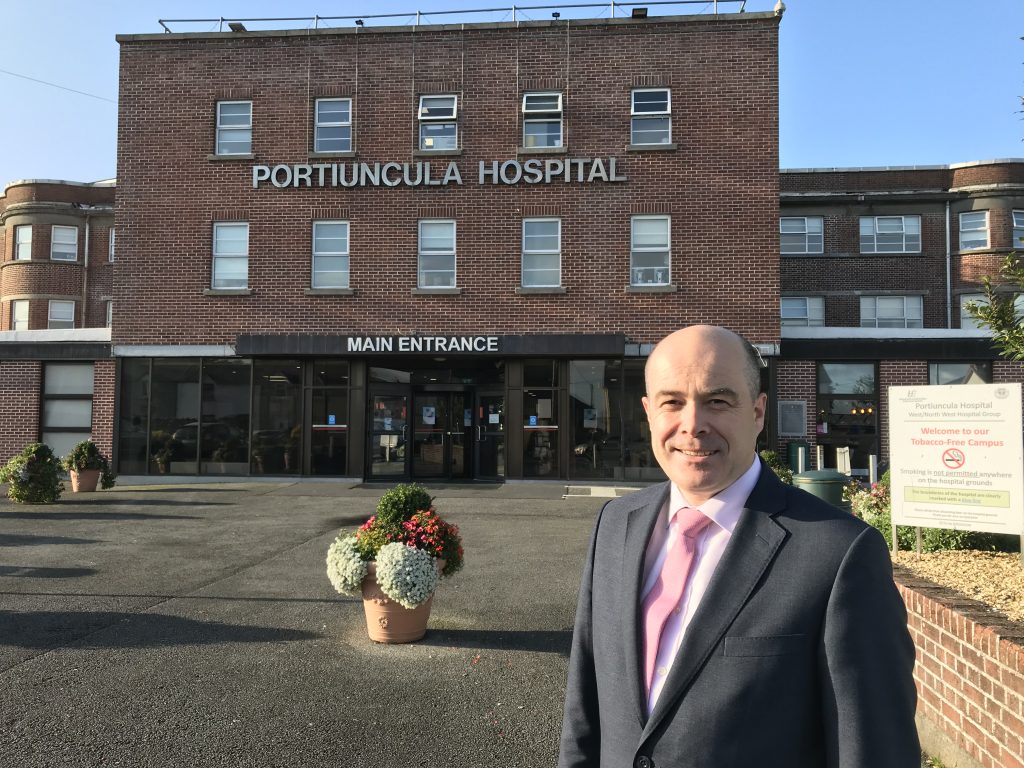 “It has taken 4.5 years since I secured a commitment in Government through Project Ireland 2040 for this project, which was delivered upon by then Minister for Health Simon Harris in October 2019,” stated Denis Naughten.

“While there is no doubt that Covid-19 has been a factor with this delay, so too has the failure of officials to follow through in a timely manner on the commitments I secured for the delivery of this project by Minister Simon Harris.

“The reality of Covid-19 is that a new ward block is now more urgently required than ever to address the chaotic situation that many patients, and staff, have faced in the past in our local A&E Department. This new 50 bed ward block at Portiuncula will increase bed usage and can also provide additional beds in the hospital system, easing pressure in hospitals across the Midlands and West of Ireland.

“The groundworks at the hospital, which delayed the initial construction of this 50-bed ward block, has made provision for a further 50 beds to be constructed on the Portiuncula site.

“I have already received confirmation from the HSE that this new building is designed in such a way as to provide for a further 50 bed extension at the hospital and I will now be pressing the current Government to move on this additional bed extension as soon as possible,” concluded Denis Naughten.