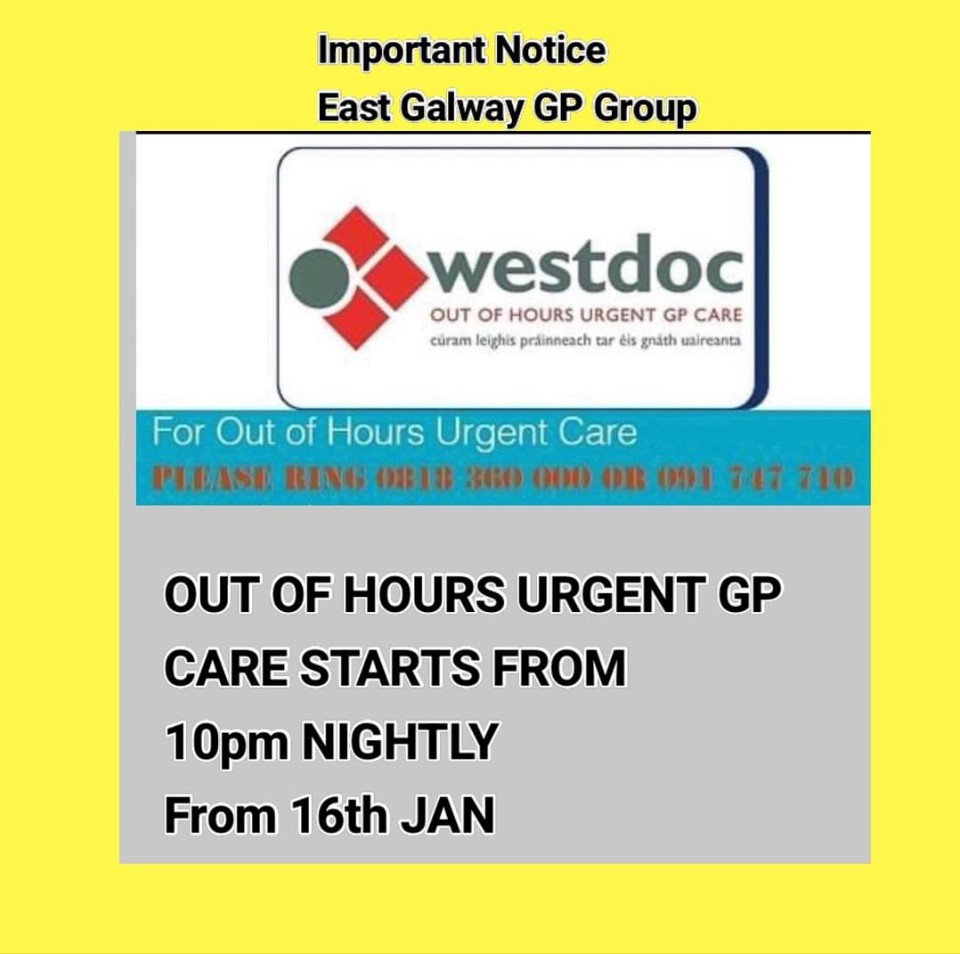 Denis Naughten TD has received confirmation that the expanded WestDoc service in the Ballinasloe & Southeast Galway area will be operational from Monday next, 16th January, following the conclusion of discussions with local GPs.

From that date WestDoc will provide support to local GP services at the Dunlo Medical Centre and Marina House Medical Centre in Ballinasloe as well as services in Lawrencetown, Kiltormer, Eyrecourt and Kilconnell.

This will ensure that patients in these practices can access the WestDoc out of hours triage and GP service, a service which has been available throughout a large part of County Galway for two decades.

“Confirmation of the enhancement of the out of hours GP support will now address a growing concern at the end of last year that out of hours GP services could be suspended,” said Denis Naughten.

Funding for the service was secured following a cross-party deputation to the Minister for Health led by Minister Rabbitte along with Deputies Denis Naughten and Sean Canney and Cllr Evelyn Parsons, to ensure that patients in Ballinasloe and southeast Galway have the same access to GP services as those in other areas of the West of Ireland.

“The inclusion of Ballinasloe and Southeast Galway in the WestDoc service is very timely considering the current crisis within our health service and in Portiuncula Hospital in particular,” concluded Denis Naughten.